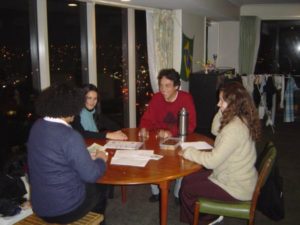 In a Gospel at home with 4 people, in May 2005, in a friend’s house, the activities of the Allan Kardec Spiritist Group of New Zealand started. A 4.5 million people population country and where the biggest public library didn’t have any books related to the precursor of the Doctrine.
Two months later, in July, with some extra effort, dedication and support from Joana de Cusa Foundation of Australia, AKSGNZ organized an event which put together 100 people from five different nationality in the audience, who gathered to listen to the dearest Divaldo Pereira Franco, who gave a lecture “From Stress and Depression to a Spiritual Consciousness”, with simultaneous translation into English. Divaldo also gave a new orientation and some paths to enrich and grow the knowledge of the group. And, the most important in Divaldo’s opinion, was to respect the local language and to speak in English at the meetings.

After those initials steps, all of our group were involved with the lecture organization and to make sure Divaldo’s first time in New Zealand would be a success, the AKSGNZ decided to search for a proper site for the meetings, as they had been happening in a friend’s house. In August 2005, a place was found and the rent was paid by donations.

There is no doubt the after Divaldo visit the group grew up and all the meetings were spoken in English 100% of the time. In addition to that, one on line group was created to keep the communication running more efficiently. Members logged onto this group receive weekly information about Spiritism and AKSGNZ.

In 2006, supported once again by Joana de Cusa from Sidney Australia, the Allan Kardec Spiritist Group of New Zealand joined the International Spiritist Council as a “watcher”, a large step considering the age of the team. In addition to this the, AKSGNZ received books donated from different institutions – Fundação Espírita do Paraná, Casas André Luís from São Paulo, Spiritist Group of Brighton and Joana de Cusa Foundation.

As there are members from different nationalities in the group, the AKSGNZ is always after books and any kind of material in English! 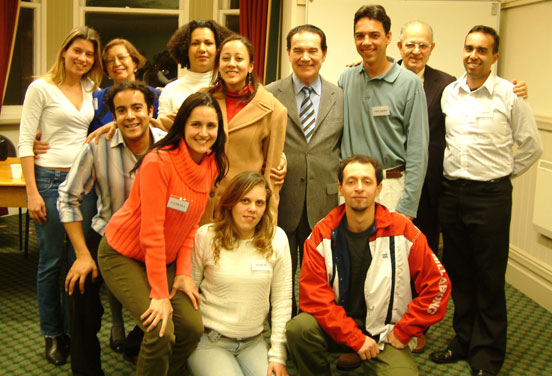